Prestige Construction and Development, Inc. is a general contracting company servicing projects in every area of construction; from custom home building, to renovations and remodels.  Prestige Construction is owned and operated by Prather California native – Dan Page.  At Prestige Construction, we are committed to quality.  Our goal is to make sure that the building process for your project is as easy and stress free as possible.  Our attention to detail and customer input is what sets us apart from the rest.  We pride ourselves on the fact that we are committed to quality and customer service.  Whether we are building a new home or remodeling an already existing home, we make sure to pay attention to our clients’ specifications so that they are left with the home of their dreams.

Our desire is for our customers to see their ideas come to life, and to feel that we have treated them with honesty and have been attentive to their needs. 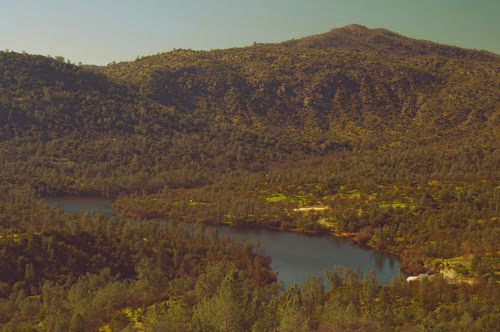 Dan Page, the founder of Prestige Construction, has his roots in Prather California.  His grandfather became the first postmaster in Prather in the winter of 1937 after petitioning Congress to move the post office to Prather California.  After purchasing land in Prather, he started a general store and a gas station, and years later his sons further developed the town to what is now referred to as Downtown Prather.

Dan was born and raised in the foothill and mountain communities of Prather, where he began his journey into the building industry.  After working construction in the areas of foundation and framing, he found that his passion was more in the details of construction; so he moved into finish work and cabinetry.  Having worked in every aspect of construction (from custom home building, to remodels and renovations), Dan has the hands-on experience needed to build the custom home you are looking for.

In 1987 Dan Page made the decision to open up Prestige Construction and Development, Inc. in Prather California.  Since then, Dan has expanded his services outside of the Prather area to include Fresno and Clovis California (and surrounding areas), as well as the Central Coast.  Dan’s passion for building comes from his eye for detail, a desire to produce the end-product his clients have in mind, and his love for customer interaction.